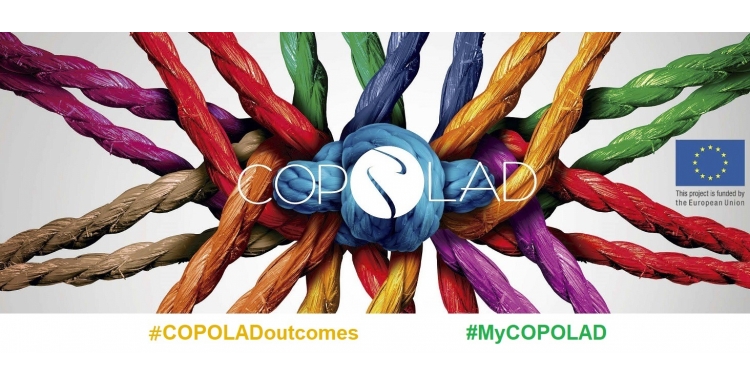 The 2020 Conference focus on the progress made and goals reached during the implementation phase of COPOLAD II (2016-2020) and debate over the priorities for the future for the CELAC countries in the framework of the cooperation with the EU are open.

0.5 - Evaluate COPOLAD along the duration of the project.
4.1 - Increase the number of opportunities devoted to strengthening the impact of the bi-regional dialogue EU-CELAC on drug policy, in the framework of the Mechanism.

June 4, 2020. The Cooperation Programme for Latin America, the Caribbean (CELAC) and the European Union (EU) in Drugs Polices, COPOLAD II, successfully closed its activities, after four and a half years of work, in a virtual call that brought together all of its 33 beneficiary countries in Latin America and the Caribbean, member countries of the European Union and supranational organizations and regional and multilateral agencies that are members of its Consortium, in addition to the EU institutions that have participated in the programme. COPOLAD II, a programme financed by the European Commission and managed by the International and International and Ibero-American Foundation for Administration and Public Policies (FIIAPP), thus closes its second phase, which began in January 2016 and ends this June 2020.

In order to give a space to the countries participating in COPOLAD II to share their impressions on the activities developed during this time, and as a result of the continuous evaluation maintained from the beginning before the European Commission, more than 200 actors involved in different key areas for drug policies from 45 countries of CELAC and the EU were invited to participate in this meeting, which was inaugurated by the Director of the FIIAPP, Anna Terrón, the Government Delegate for the National Plan on Drugs (DGPNSD) of Spain, Azucena Martí, and the Head of Sector of EuropeAid/DEVCO-European Commission, Ramón Espinosa, who highlighted the outstanding progress of the programme and the achievements made during this time, which is why the European Union is calling for a third phase of COPOLAD to begin in 2021.

Teresa Salvador-Llivina, Director of COPOLAD, made a presentation of the results attained in accordance with the initial objectives, also presenting the activities and products that have allowed these objectives to be achieved in all the programme's areas of action: the cross-cutting areas of the programme, which respond to the principles and approaches that have guided COPOLAD's actions since its inception; the National Drug Observatories, the Drug Demand and Supply Reduction; support to the works of the EU-CELAC Cooperation and Cooperation Mechanism on drugs.

COPOLAD has been successful in achieving an exchange of information, experiences and intelligence, good practices and lessons learned, with the aim of consolidating increasingly effective policies, always based on scientific evidence and with a guarantee of sustainability. In the area of Drug Supply Reduction, the Director presented the significant results achieved in the field of Alternative Development, Precursors Control and in the development of alternatives to imprisonment for drug-related crimes, an area -the latter- in which COPOLAD has joined its initiative with those of other European programmes (EUROsociAL + and EL PACCTO) that work on the issue from complementary perspectives. Finally, the work recognised for the promotion of the EU-CELAC Coordination and Cooperation Mechanism on drugs was presented, with respect to which its interlocutors in the Embassies and Diplomatic Missions in Brussels of the countries of LAC have placed on record the enormous and important work carried out during these four years. It has also strengthened its position as a regional actor in the American Hemisphere, developing, promoting and culminating processes at the regional level, such as the validation and implementation of quality criteria and evidence in services for the reduction of drug demand, a guide that, in times of COVID-19, is especially relevant, so as to ensure the provision of services in accordance with human rights, also at this time.

It has been this exceptional circumstance that we are experiencing, which is why COPOLAD's multilateral institutions have been invited to explore the challenges and responses that drug policies can provide in times of pandemic. In his words, the Director of the European Monitoring Centre for Drugs and Drug Addiction (EMCDDA), Alexis Goosdeel Luis Alfonzo, Regional Consultant of the Pan American Health Organization (PAHO/WHO), and the Inter-American Drug Abuse Control Commission (CICAD-OAS) on behalf of its Executive Secretary, Ambassador Adam Namm, also highlighted how they have coordinated with COPOLAD, producing an unprecedented synergy, in what they have described as "almost a miracle", facilitating the bringing together of knowledge and experiences between both regions.

Country and institutional interventions and farewell to the Director of COPOLAD

The Caribbean countries expressed their sincere appreciation to the COPOLAD team: "without you the programme would not have been a success", stressing in general that "the collaboration of all other international organizations has increased the level of synergy in drug demand reduction efforts". Others expressed that "we appreciate the focus on collaboration, as COPOLAD worked closely with our hemispheric partners in OAS/CICAD and CARICOM, which contributed to the success of this project, which has provided a platform for Caribbean countries to work more closely together, especially in the areas of drug demand reduction.

The Latin American countries expressed how COPOLAD has made significant contributions to the knowledge, social resources and human capital of their countries, improving their Drug Observatories by producing annual reports and validating the Demand Reduction Programs with the introduction of COPOLAD quality criteria. COPOLAD's own tools made available to the countries, such as OneStep@ATime, in their words, "have proven to be very useful, being incorporated into existing programmes making them more solid from the scientific point of view". They all recognize the important work of COPOLAD in "paving the way and providing and equipping countries with the tools to move in the right direction.  Many others highlighted how with "the support of COPOLAD, the actions of the Observatory and the technical exchange with other countries have been strengthened". For many of them, the support of COPOLAD has served to present, for the first time at the national level, a national drug report. Others reiterated their gratitude for all the accompaniment and post-pilot follow-up of the quality criteria validation process, which "will allow us to incorporate an evidence-based drug policy, for which we have designed a roadmap to advance in the country's DRR regulatory frameworks. Other countries have affirmed that "COPOLAD has helped us to obtain concrete results in national reform and internal legislation in the country, and we can affirm that the Constitution, today, incorporates changes thanks to what we have learned in COPOLAD.”

Countries and European institutions participated in this final round of considerations, closing this closing activity with great success, which has also meant the farewell of the Director of COPOLAD, Teresa Salvador-Llivina, who is leaving the direction of the programme after almost 10 years of dedicated commitment and work, a task recognised by all the participants in this meeting.