National drug policy officials, academics, affected people and civil society met on 24, 25 and 26 August in Buenos Aires at the 8th Latin American Conference and the 20th National Conference on Drug Policies, which included the collaboration of the COPOLAD III programme. The roundtable discussion on drug policies and human rights, which brought together the heads of drug agencies from Argentina, Chile, Mexico, Uruguay, Peru and Colombia, highlighted the need for a new regional and multilateral pact based on a new approach regarding the region’s policies, given that the previous prescriptions have not worked or reduced the illegal market.  We reproduce some of their statements made at the Conference, which served as a preamble to commencing the work of shaping plans aimed at improving human rights-related results in their respective drug policies. The 6 political leaders presented 15 specific proposals to COPOLAD at the Conference that address various aspects aimed at improvement, including reinforcing primary care and increasing care and attention services for the vulnerable populations exposed to coca paste consumption, including minors, in vulnerable areas, conflict areas, areas with a high concentration of illicit crops, or in the prison system; a review of police practices involving users, the implementation of protocols and interventions to reduce risks and harm; and mainstreaming a rights and development approach into national drug strategies. Some innovative proposals were also presented, such as an evaluation of the impact of national policies on the sustainable development goals, or the economic inclusion of coca growers and substitution with legal marijuana crops.

“Consumption problems are not a matter of individual will. Factors and solutions are more about accompanying a life project.”

Gabriela Torres, Secretary for Comprehensive Policies on Drugs in the Nation of Argentina (Sedronar).

“You start where the reality is, which is why it is necessary that drug policies start at the territory level. Consumption problems are not a matter of individual will, they related to many other factors and the solutions are more about accompanying a life project.  Support networks are necessary in low-income sectors and this is the basis for the 500 community care centres for people with problematic consumption that we have implemented.

Poverty is complex in the region and has been growing. This situation related to poverty added to substance abuse requires support. But to do this, you have to get excited about life again and then talk about substances, even if consumption is not just a subject for the poor.”

Francisca Oblitas, Chief of Cabinet of National Service for the Prevention and Rehabilitation of Drug and Alcohol Consumption (SENDA)

“It is a good time to reinforce Chile’s commitment to human rights.  This is a feminist government and we need feminist perspectives on drugs because, in Chile, 55% of the women deprived of liberty are imprisoned for drug crimes. We have to strengthen the collaboration with civil society which we have been moving away from and we need a new pact to understand how to improve drug policies. A multilateral Latin American dialogue is needed to move forward together.”

“To talk about drug policies is to talk about social justice and human rights. In the past there has been a failure in the vision of policies and criminal law, consolidating harm as a national policy and the repression of women, indigenous people and Afro-descendants and class-based, sexist and xenophobic violence. We are developing tools and capabilities for care within the comprehensive health system, internment is not treatment. CONADIC has separated supply and demand. Our vision is community-based and sociopolitical, offering certainty for the future, opportunities for development and an emphasis on human rights.”

“We have an opportunity today to forge a new pact among ourselves.”

Ricardo Soberón, Executive Director of the National Commission for Development and Life without Drugs (DEVIDA).

“We have an opportunity today to forge a new pact among ourselves.  In light of working with agricultural producers and in the words of Lincoln, Hamilton and Jefferson, we must give our drug-taking citizens who have been criminalised in the absence of policies, an exercise in citizenship because they also have an economic addiction resulting from drug policies. No raw material can replace the profits generated by coca. We need a social pact for citizens: if you grow less, I will give you development.

On the other hand, we must shift the focus onto international negotiations, because the Amazon does not provide volume but rather diversity and we have not been able to sell this. We must begin to link the mitigation of climate change and the sale of raw materials, in the sense that a cup of coffee in Hamburg has to pay for the carbon absorbed and the diversity and ancestral culture protected. We Latin Americans have to agree among ourselves at the trade, human rights and drug roundtables: we will be more successful if we do not focus solely on drugs.

Lastly, cooperation with shared responsibility should be considered, because the relationship between the growing demand for cocaine makes it unlikely there will be a change in Latin America. 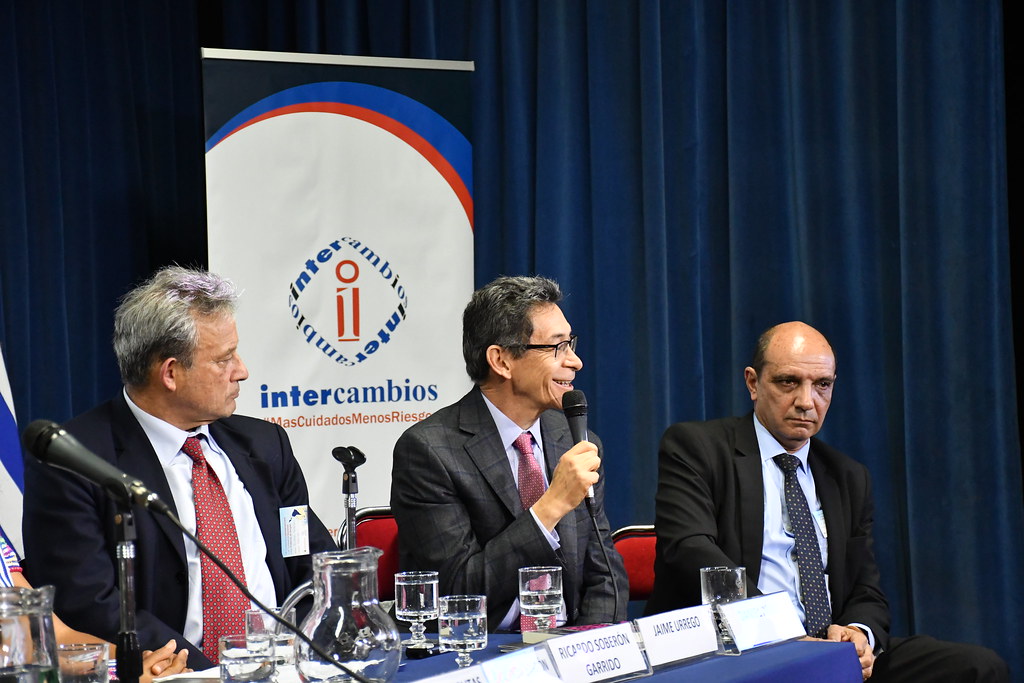 “We have been fighting against drugs for a long time: We have decriminalised, but we have pathologised”

Daniel Radío, Secretary General of the National Drug Board.

“Drug policy in Uruguay has come from the State and it has been committed to regulation since the beginning of the century with parties of all kinds. We moved the needle a bit with cannabis but nothing more: the hegemonic paradigm continues to be prohibitionism.

A world without drugs has not existed, does not exist, nor, fortunately, will it ever exist. Imagine dying without morphine. We have been fighting drugs for a long time, we have decriminalised, but we have pathologised. Not everyone who consumes is sick. In addition, we have made them invisible against their will. Are we respecting the human rights of those who consume?  We cannot include by excluding. We need to enter the cultural battle to respond to the opportunists and doom-mongers and build the epic tale of what is possible.”

“It is not possible to complete a peace process, and continue with the war. We want peace on a grand scale. Peace equals social justice and fairness. Drugs are invincible raw materials in the market, but they are linked to a parasitic production system that does not produce wealth or generate jobs. Colombia’s foreign policy will turn illicit economies, climate change and peace into government priorities. It is necessary to create a bloc to rethink the prohibitionist paradigm from the perspective of life, a productive economy, the recovery of territory and nature as alternatives. We say no to fumigation. Eradication must be voluntary and mutually agreed.” The security of a country cannot be measured in deaths but in rescued lives, interdiction has not given results and we have to move on to the exercise of human security. The fight against drugs has taken social leaders with it.

Lastly, a profound reform of the health system is necessary so that it is not the market or the ability to pay that determines access. It is time to go to the community, not to look for addicts.